Wounding does not just cause trauma to one cell type. Whichever part of the body is wounded, the skin is broken and it is also likely that sub-dermal connective tissues are damaged. Such damage makes it inevitable that blood vessels will have been cut through, spilling some blood within the wound, which then clots. Therefore, even if the wound is quite superficial, so long as the skin itself is penetrated, at least three tissue types are involved. Obviously, much deeper wounds are likely to involve muscle tissue. I do not address here the question of very serious injury involving bone, nerves and internal organs.

Within a few hours of wounding, a single layer of epidermal cells starts to migrate from the skin edges to form a delicate covering over the raw area beneath. The chief feature of this process, at least at first, is the movement of already existing epidermal cells over the wound surface, though it is very likely backed up by some cell multiplication. Some 36 to 72 hours after wounding, the predominant cell-type in the inflammation fluid is seen to be macrophages. Whilst these cells are well known as phagocytes (see Issue 1) there is good evidence that they do more than just phagocytose. The macrophage infiltration is followed a day or two later by a proliferation of fibroblasts, cells which produce fibres of collagen and also produce other tissue proteins. By the sixth day thick fibres are present which show the staining reactions of collagen and these tend to be orientated parallel to the skin surface and across the axis of the wound, giving the repair some strength. At the same time, the fibroblasts are producing “proteoglycans” (macromolecules which combine polysaccharide and protein elements), and these form the underlying matrix for the new connective tissue which is being formed.

Both macrophage infiltration and fibroblast proliferation are accompanied by ingrowth into the wound of small capillary buds which are derived from intact small blood vessels of the dermis (i.e. the skin layer beneath the outer epidermis) near the wound edges. Initially these buds consist of solid ingrowths of endothelial cells, but they soon acquire a lumen. At first these new blood vessels are rudimentary in structure and, compared with normal vessels, they are very leaky. The newly vascularized, collagen producing tissue is called “granulation tissue” because it appears granular on its surface due to the little knots of delicate bloods vessels which show there.

Another process important in wound-healing is wound contraction. In the case of larger open  wounds, after two or three days the wound area starts to contract. This is a real movement of the wound margins and is independent of the rate at which covering by new epithelium takes place. This does not seem to be related to the formation of collagen in the wound either and, indeed, appears to happen before very much collagen has been laid down. The effect is ascribed to a different type of cell having a mixture of the properties of fibroblasts and smooth muscle cells and consequently called “myofibroblasts”. These cells do, in fact, contain actin, the contractile protein of muscle and it appears to be this protein which shortens in order to produce contraction of the wound area.

Various controlling influences are at work in the process of healing, several of them involving chemical messengers that provide communication between cells and hence directing the onward flow of events. For example, in the case of the migration and multiplication of epithelial cells, the loss of cellcell contact by the cells at the edge of the wound may well be a factor which starts their migration. On the other hand, there are thought to be substances which normally inhibit the migration of epithelial cells, called “chalones”. It may be the lack of these chalones which initiates the migration into the wound, or alternatively there may be yet other chemical messengers which give these cells a positive stimulus. Relatively little is known about this or about the causes of the migration of the blood vessels. However, there is a little more information about the fibroblasts. These do appear to be subject to stimulation by external chemical messengers. It is most likely that these cells are stimulated, or their functions modified by, cell messengers from the damaged tissues, possibly by glycoproteins of the type called “fibronectins”. If these particular substances do not actually stimulate multiplication, they certainly do affect other aspects of fibroblast function. They are very much concerned with the laying down of collagen fibres. In response to injury of tissue, fibroblasts are stimulated to migrate, to multiply and to accelerate their production of both collagen and proteoglycan matrix. The fact that these substances are of a glycoprotein nature may well be important in relation to the way in which Aloe influences these same cells.

The Ways in which Aloe Influences the Healing Processes

It is necessary to turn now to the specific “Healing” effects of Aloe. This is certainly a separate type of action from the Anti-Inflammatory effect described in Newsletter No. 2. The latter effect, as we have seen, calls for the inhibiting of certain processes, such as cholesterol synthesis, the inhibiting of prostaglandin formation, or the inhibiting of bradykininase enzyme. By complete contrast with this, a healing action calls, as we have seen, for the positive stimulation of those cells which grow and multiply to effect the formation and physical strengthening of wound tissues. The process of healing has more in common with the process of immune stimulation – since both are positive stimulatory processes, not inhibitory.

It is not surprising, therefore, that since these two processes of immune stimulation and healing have something in common, that they should also be linked in another way. Both seem to reside, at least in part, in the high molecular weight carbohydrate-rich fraction of Aloe. In Newsletter No. 1 it has been clearly shown how the immune stimulation effect is mediated through this fraction. That the healing action is also at least partly mediated through this fraction is also clearly demonstrated in the published literature. For example, a paper by Tizard, Carpenter, McAnalley, 1989, entitled “The Biological Activities of Mannans and related complex Carbohydrates”, addresses itself more generally to the question of the biomedical effects of mannose-containing carbohydrates of this type, wherever they come from. The authors conclude that “mannose containing products increase macrophage activity and promote wound-healing. Stimulation of macrophages will increase cell and tissue growth, fibroblast activity and fibroblast proliferation. Aloe, containing mannose, “may also promote wound-healing in this way”. 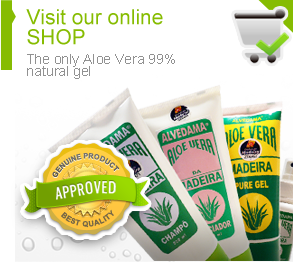